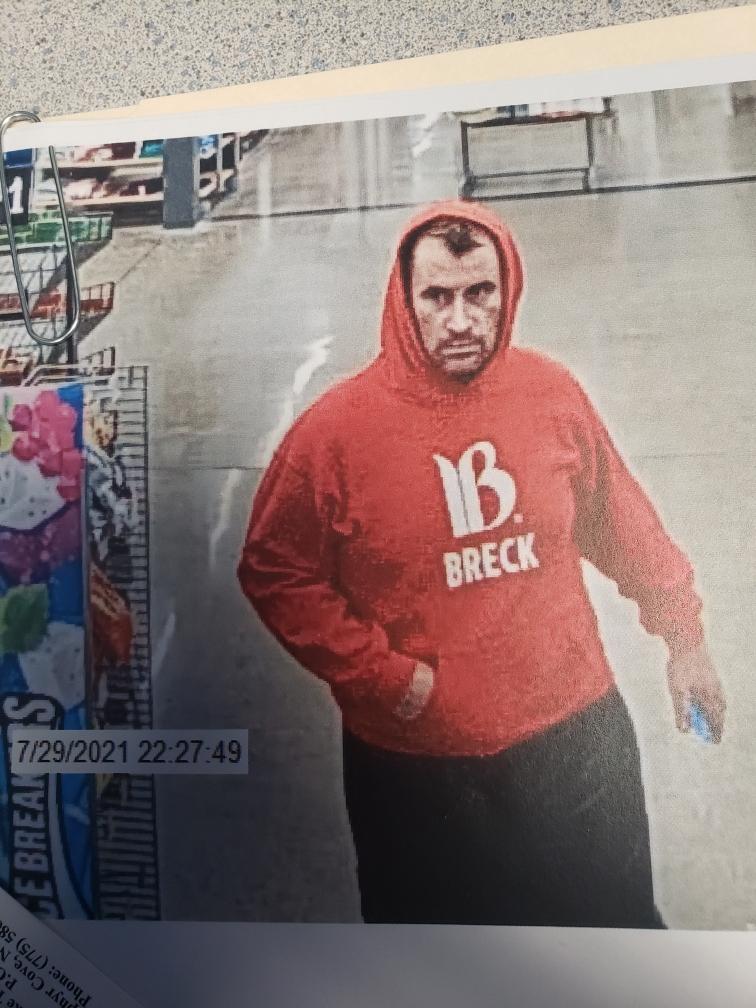 Secret Witness is offering a cash reward in the amount of $500 for information leading to the arrest and prosecution of the suspect wanted in connection with a vehicle burglary and fraudulent use of a credit card in the evening of Wednesday July 29,2021in the area of South Carson Street.

The Carson City Sheriff’s Office is seeking information to identify a vehicle burglary suspect. On July 29 2021 at between 9:30 PM and 10:10 PM, a vehicle burglary occurred outside a gym on South Carson Street in Carson City. The victim’s car window was broken and a wallet was taken. The victim’s bank card was used at 10:17 PM at the Walmart on Topsy Lane south of Carson City.  Attached is a photograph of the male suspect, provided by Walmart..

The Carson City, and Douglas County Sheriffs’ Offices are asking for the public’s assistance in identifying the suspect involved in this incident. Anyone having information relating to this crime, or the suspect, can pass this information on to investigators and can remain anonymous by calling or texting Secret Witness at 775-322-4900, or go on-line at secretwitness.com