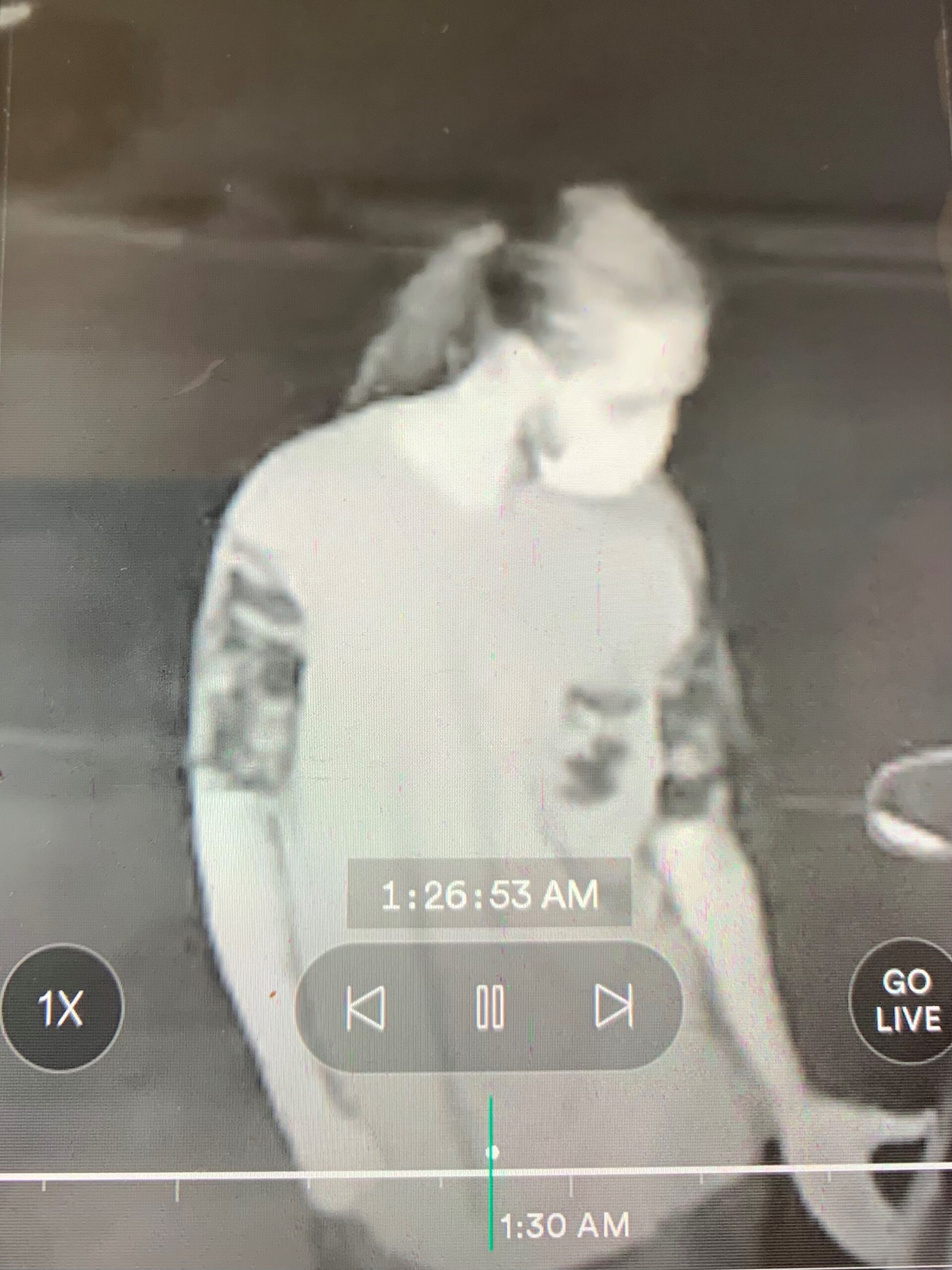 Secret Witness is offering a cash reward in the amount of $250 for information leading to the arrest and prosecution of the suspects wanted in connection with a series of vehicle burglaries in the north valleys.

Washoe County Sheriff’s Office Patrol deputies are investigating numerous vehicle burglaries which occurred in the early morning hours of Wednesday, September 8, 2021.  Deputies were first called to the 21000 block of Mount Evans Drive at 9:00 a.m. for a single vehicle burglary report. The victim in that crime had a bag of cosmetics and a bible stolen from her vehicle.

During a canvass of the neighborhood deputies identified a total of seven vehicle burglaries on Mount Evans Drive and Boxelder Court which appear to be related. All the vehicles were unlocked. Other items stolen include tools, cash, a camera, and compact discs.

Surveillance footage showing a suspect was also obtained during the neighborhood canvass. Anyone with information that could help identify the suspect can remain anonymous by calling Secret Witness at 322-4900.

REMINDER:  All calls to Secret Witness remain anonymous, and Secret Witness pays rewards for information leading to the arrest and prosecution of suspects of crimes.