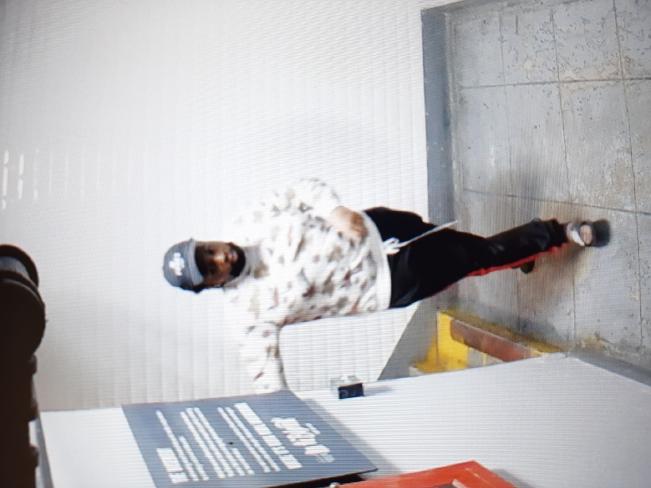 On September 14th, 2021 Officers responded to a reported burglary of a business in the downtown corridor. It was discovered the suspect had stolen approximately $30,000 worth of filming equipment.  He is thought to be approximately 5’8” tall with a “stocky” build.  He has tattoos on the back of both hands.